By admin on September 8, 2014 in Military Service, Minorities, Religion 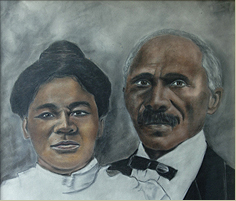 An early pioneer of Riverside, Edwards and his family arrived with other families from Georgia in the mid 1880s. Prince Edwards served as wagon master for the group from Georgia. He married Jennie Cook in Fulton County, Georgia on January 1, 1871. Jennie was born in Georgia, also a slave. Prince and Jennie were among the 13 founding members of the 2nd Baptist Church, established in 1890 at Twelfth and Howard avenues in Riverside.