Back to People Overview
By admin on September 8, 2014 in Architecture 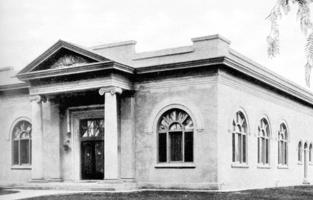 The Arlington Library was designed by Seeley Pillar

Seeley Pillar came to Riverside on an excursion train when he was 21 years old. He was a journeyman carpenter from Russell, Ontario, Canada. His skills got him a job soon after his arrival and he became a foreman with contractor John E. Porter, the builder of the Loring Building, the Rubidoux Block, and the Presbyterian Church.