Back to People Overview
By admin on March 24, 2016 in Civic Affairs 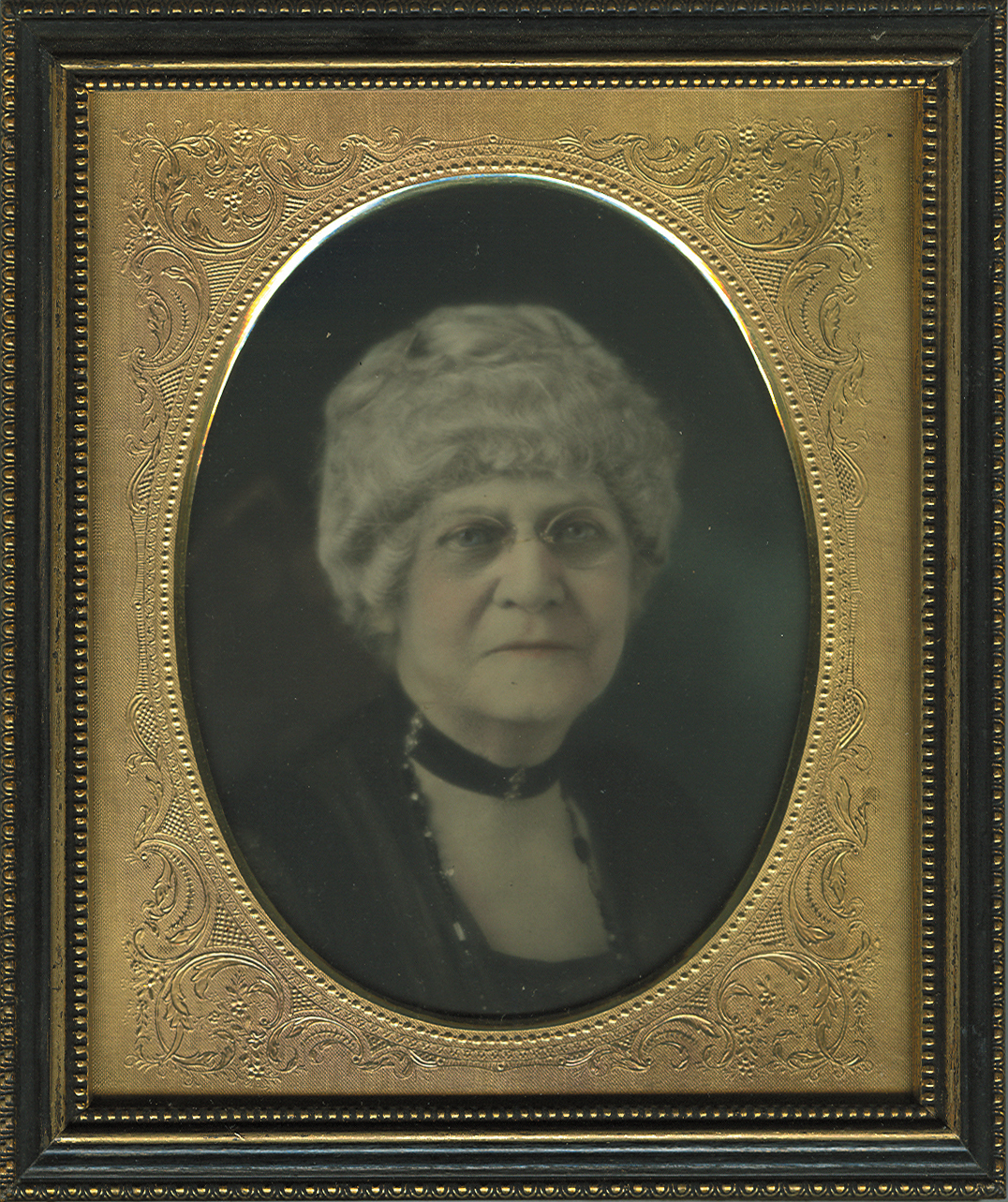 Born in Illinois, Sophia was the young fiancée of a soldier killed in the Civil War. At 24 she married Col. Homer A. Plimpton and had four daughters and a son. The couple initially settled on a ranch in Perris Valley but when expected water rights were denied, they dismantled their house into two sections and moved it to Third and Lemon in Riverside.

Sophia nurtured both her own family and was concerned about family issues in the community. An active member of the First Methodist Church and a founding member of the Riverside YWCA, she became acquainted with the cause of temperance. She helped found the Riverside County WCTU and served as WCTU state treasurer for 20 years. She belonged to the Dames of the Loyal Legion, composed of wives and daughters of Civil War Officers, and to the Women’s Relief Corps.

Sophia’s great-grandfathers, Ensign Nathan Bennett and Captain Titus Watson, were both Lexington Alarmists. Her grandfather, Enoch Wood, was born in 1763 and as a very young man was imprisoned two years by the British during the Revolutionary War.

With her family history, she became a charter member of the Daughters of the American Revolution, serving as the first treasurer in the Aurantia Branch, regent (1912-1915), and state chaplain (1916). Sophia is recognized as the charter member with the longest life span, passing away as an active member at age 101.